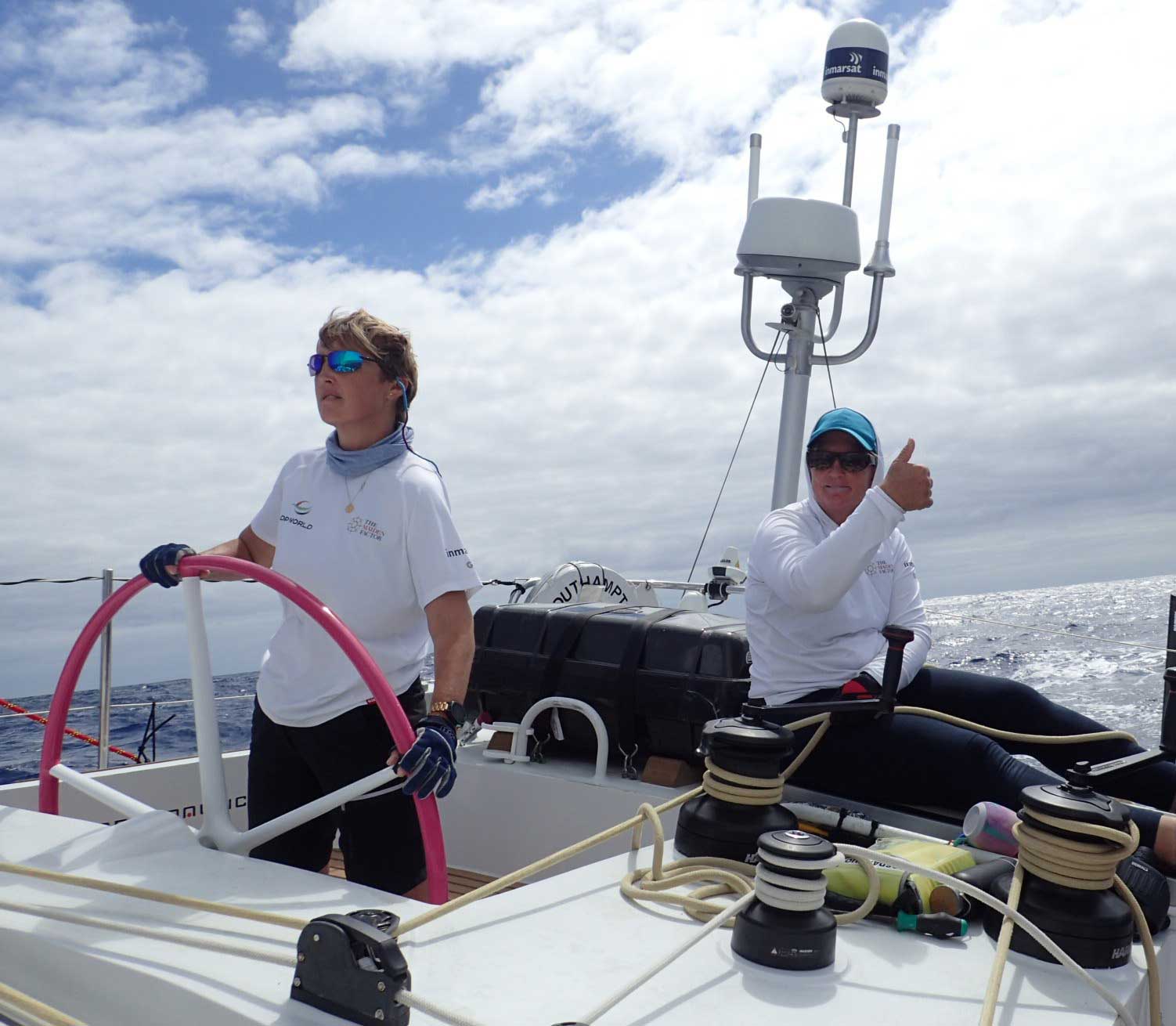 Back in 1990, I was at the Whitbread RTWY Festival in Ocean Village when S/V Maiden with Skipper Tracy Edwards and the inspirational, all female team arrived.  The atmosphere was electric; a group of women, originally famously coined a “tinful of tarts” by one journalist, not only completed a round the world yacht race but finished 2nd overall in their class, proving all the critics wrong.  Said journalist apologised for his comment and rightly recognised their achievements. They’ve been my heroines ever since.

Fast forward to 2022 and you can only imagine my excitement when 32 years later I was invited to join Maiden on a leg of their world tour, crossing the Atlantic from Palma to Miami.  I had to move heaven and earth to make it happen but within 10 days I was on a plane to Majorca, suddenly realising what an amazing opportunity I’d been given i.e. currently planning to circumnavigate the globe on S/V Outlaw and about to sail on one of the most famous Whitbread boats ever, S/V Maiden.

The excitement increased when I found out that the guest skipper was 2-time Olympian Sharon Ferris-Choat and most importantly to me, the first woman to be in a team winning a round the world yacht race.  Sharon is not only inspirational but a great mentor and was genuinely interested in what each and every crew member wanted to achieve during this leg.  My particular love of sailing is when at the helm but I wanted to improve, especially downwind sailing, much of what the Ocean Globe Race will be about.  Sharon was a great coach and on our last day sailing through the Bahamas, we discussed my plans for the OGR and Sharon confirmed “your helming was good to start with but the difference now is like night and day”.  I couldn’t have wished for a better teacher.

Maiden have signed up to take part in the Ocean Globe Race so we’ll be rivals but I’m sure it will be friendly competitiveness and it helps that we are in different classes.  To ensure diversity, OGR race rules dictate that all teams taking part must now have a mixed crew so there should be at least one man on board, how lucky he will be!